Simply Shutters Louvre Doors are quite literally out of this world.

For those of you who don’t know Red Dwarf is a science fiction comedy sitcom set upon the ‘Red Dwarf’ mining spaceship some three million years in the future and follows the adventures of Dave Lister, Arnold Rimmer, Cat, Kryten and Holly, the Red Dwarfs’ computer. The series was originally aired between 1988 and 1999 and then was reprised for additional series in 2009. Red Dwarf has a huge cult following and is enormously popular amongst its viewers.

In the first episode of the new series “Cured” we see the gang come across a science centre where evil figures from the past are ‘cured’ of their wicked ways.

We are huge fans of the show here at Simply Shutters and are over the moon that our interior louvre doors were used in the production set.

Be sure to keep an eye out for the rest of the series to see if they feature again. 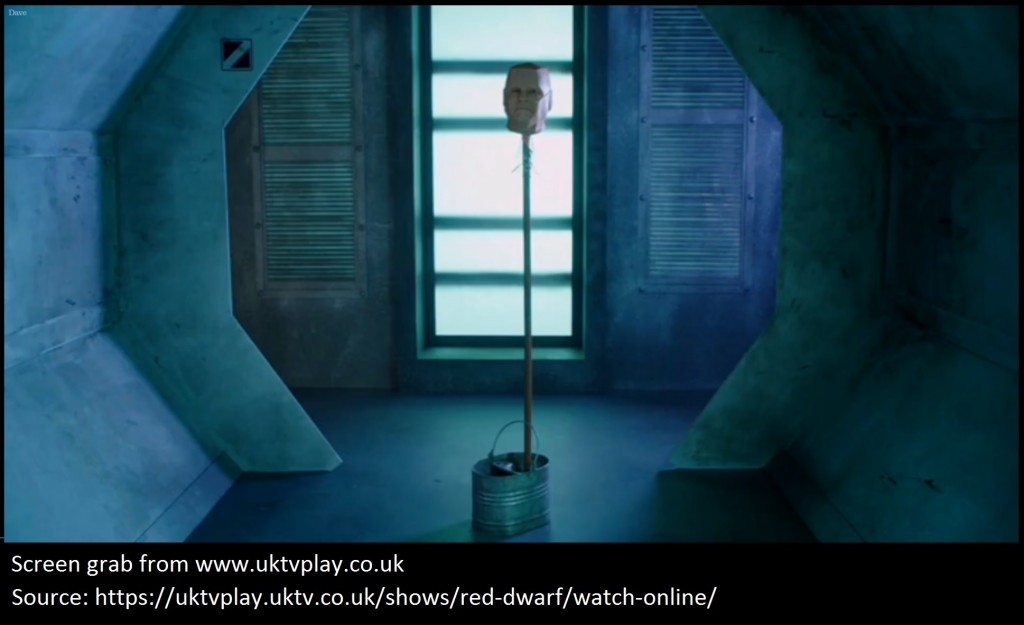 You can watch the episode on catch up here.

Simply Shutters does not claim copyright on any images used in this article. Image obtained is screen grab from www.uktvplay.co.uk