Did you know there’s an easy trick to tell where a house is situated in the USA just by looking at it? There are differences in the way the shutters are hung that can give you a clue as to where the house might be.

Take a look at the 2 images below: 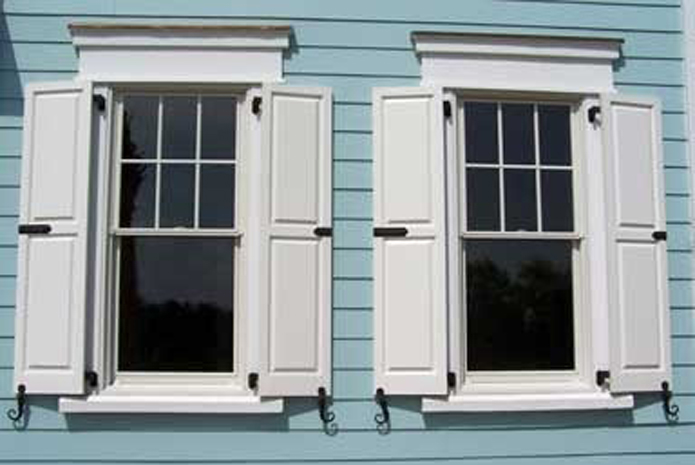 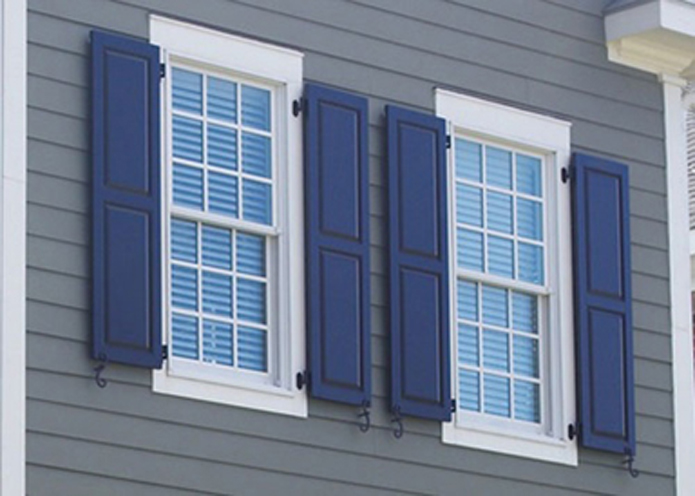 The clue is in the positioning of the shutter in relation to the wall.

Picture 1 shows the shutters slanting backwards towards the house. In picture 2 the shutters are completely parallel and flat to the wall.

Picture 1 shows shutters mounted on a house on the East coast of America where the swept back position is most commonly adopted. Picture 2 shows shutters on a property on the West coast where shutters are more likely to be installed flat to the wall.

The different way of mounting the shutters is usually (but not always) because of the construction of the home. As America was colonised from the east moving towards the west, properties on the east coast tend to be older as a consequence. Older buildings were traditionally built with deeper window recesses that allow a shutter to sit within the recess when closed. The wall hinge mounts, called pintels, therefore needed to be longer and so the hinges were offset to allow the shutter to reach inside the window recess. 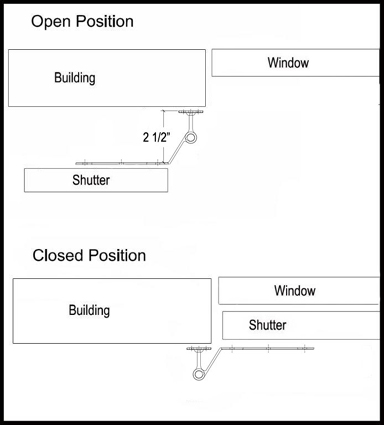 When opened, the longer pintel and offset hinge meant that the shutter was further away from the building. This is clearly shown in the diagram to the left.

To stop the shutter flapping in the wind it was swept back to the wall and secured with a tie back, as shown in picture 1.

Because of technological improvements, newer structures tend to have shallower window recesses which require shorter pintels. Accordingly, when a shutter is held in the open position it now stands closer and flatter to the wall as the angle is less severe. See picture 2 and the diagram below: 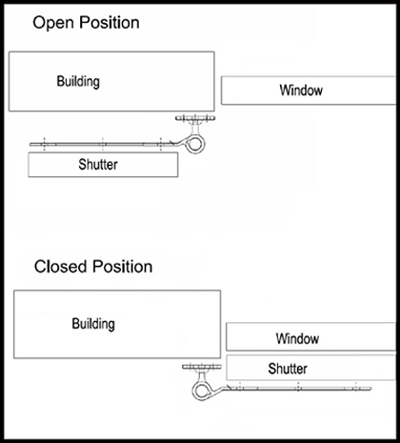 Armed with this little bit of knowledge, you can now accurately identify where in America a house is just by looking at a picture of it.

Next time you see a movie with a house that has shutters on, you can impress everyone with this little bit of trivia.

What about houses in the middle of America?

This is a question we shall attempt to answer in a future blog.