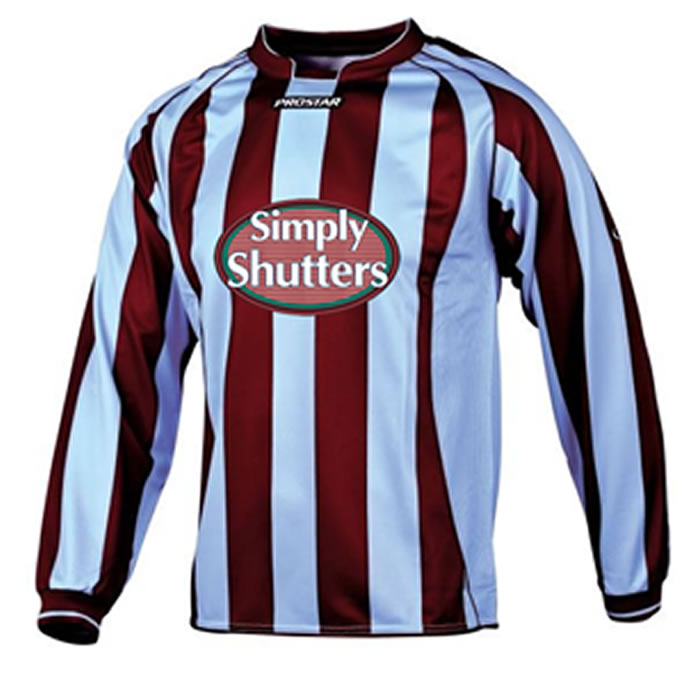 The family run business Simply Shutters based in Brandon, Suffolk  has sponsored the Thetford Town under 15’s football team for the current 2013-2014 season.

The football team, coached by head coach Will Farthing and assistant coach Jason Benham have been with the same group of lads since the under 9’s when they were part of the Brandon Town Lads & Lasses Club. The team became so dominant in their league that they decided to move to a better standard of league in order to play at a better level. This meant that the team had to become part of the Thetford Town set up with an all new strip.

So far this season results have been mixed despite some valiant performances. The team are getting to grips with the higher standard required of them now and hope to overturn some earlier setbacks when results went against them despite often being the better team on the day.

Simply Shutters MD Paul Millar says: “Simply Shutters is proud to be associated with Thetford Town under 15’s and we look forward to helping the team achieve success over the coming years. We make our living from the community so it is nice to be given the opportunity to take an active part in it in such a fun filled way”.